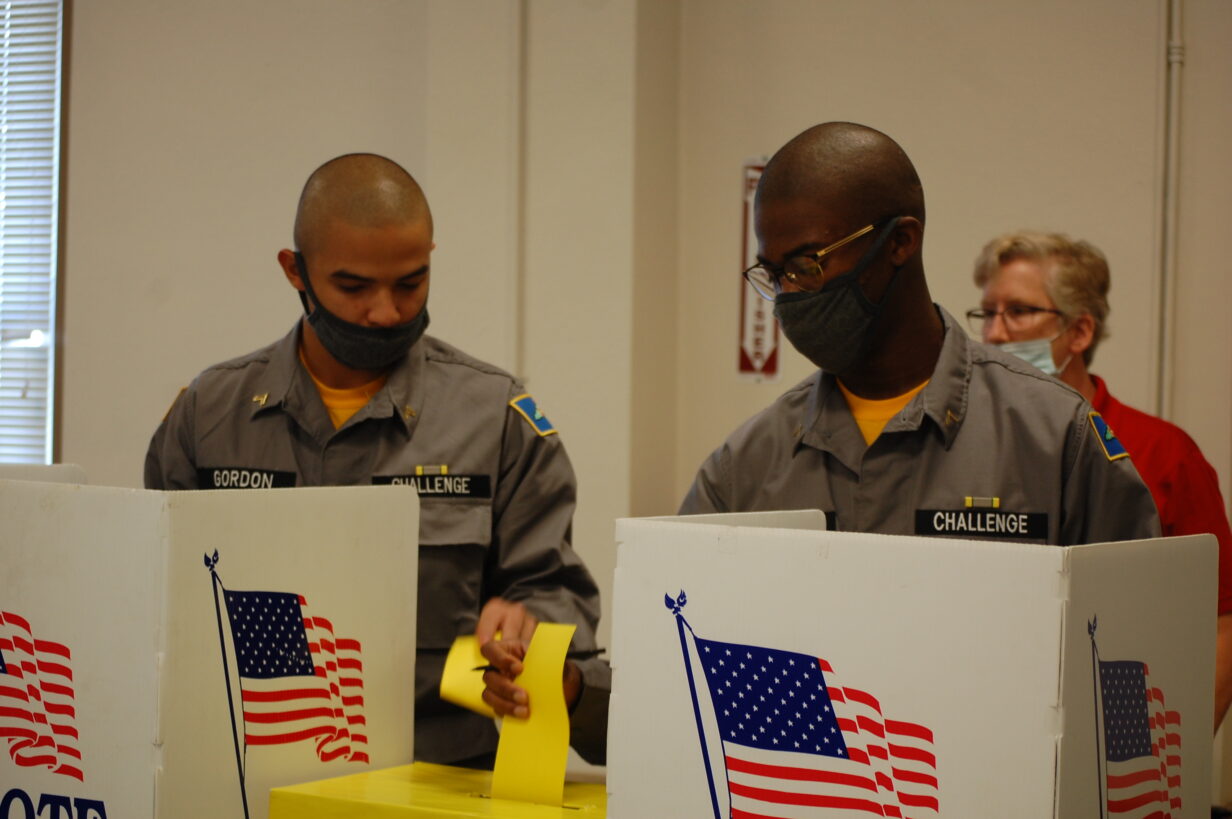 At today’s regular assembly, TCA New London held their class Cadet Advisory Board vote. The Cadet Advisory Board or CAB acts as a go-between for the staff and cadets and those elected to CAB help to choose final graduation gifts, help plan the class military ball as well as manage fund raising and bring about awareness to the other cadets and their families about the class fund raising.

Preliminary elections are held during class-time to narrow the field to four candidates for each team. Those candidates are announced and develop a campaign speech to be presented before the vote is held. The CAB vote is part of one of the eight core components and winners will be announced soon. To view images from today’s speeches and vote, be sure to visit the TCA NL Flickr album.