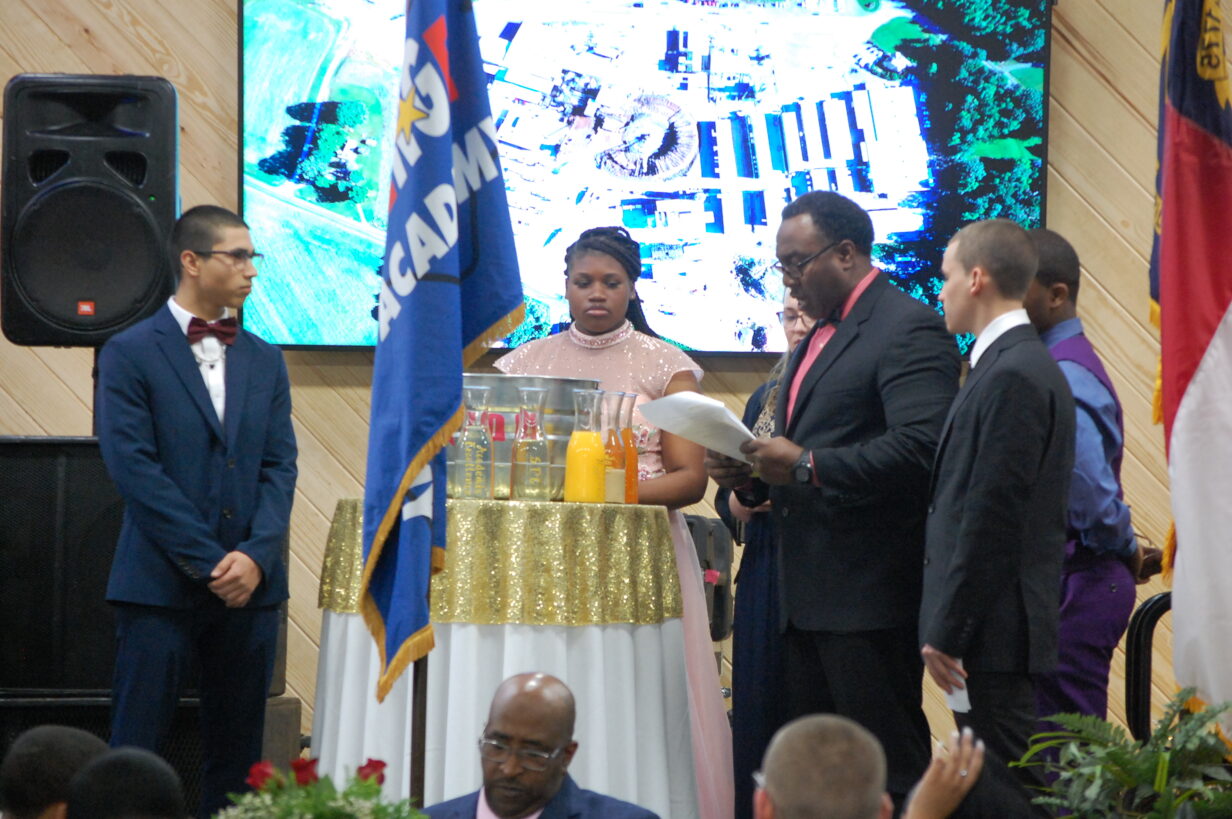 On Thursday night, March 10, 2022, TCA New London held their first class military ball since the onset of COVID-19. The cadets have been excitedly awaiting this event for the past several months.

The TCA Military Ball closely resembles the standard military ball where cadets meet high ranking officers and dignitaries in a greeting line. They also pay homage to the “missing man” with a missing man table, Make toasts to such entities as the US military, the ChalleNGe program, etc. and challenge others to drink the “grog” bowl contents. If you are unfamiliar with the rites of the grog bowl, TCA does things a little differently and adds various beverages that symbolize the 8 core components of the ChalleNGe program. Dinner is held and a dance follows.

A great time was had by all attendees, both staff and cadets. We would like to thank Culp Lumber of New London for allowing us to use their facilities! To view images from the military ball, be sure to visit the photo album on TCA New London’s Flickr page.